Tonigh I'm not feeling whole. Tonight I'm suffering from a crushing existential dread. It's so hard for me, my dear reader, when I start questioning whether this body is mine or not it starts hurting right away, as if it's not letting me think properly, as if it wants to convince me that I'm its true inhabitant... Why does it try so hard then... What does it has to hide? It makes me so dizzy to look at myself at the mirror, when I walk and notice that I left my body roam on its own. Sometimes it walks faster and I need to catch upp with it, other times I leave it behind. if I only could tie myself to it. If I only were its trie owner... I don't know if I'm taking someone's body, or if this thing is just some kind of mannequinn made to contain my consciousness. I think that I'll never know. 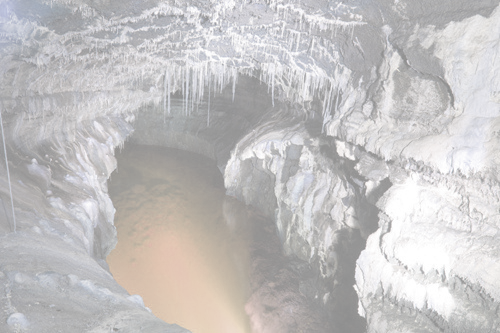 And I'm feeling this way just because I got a little bit upset with Faust. You know, first you get angry and then you start thinking about bad things, your mood goes down as a pile of books crashing on the floor... Yeah, I hope. It's been a long time since I got this upset, let's see if talking about these things here will help me more than dealing with my demons (heh) alone.

The reason might sound a little bit childish. The thing is, Faust wants a girlfriend, and that's it. I'm not sure why this frustrated me so much, maybe because it's been a few days and this is already ending? Maybe. I kind of feel worse because he just started to open up a little bit to me and I lost his attention so soon... To some peasant religious girl he saw during one of our hikes down town. My self esteem lowered a lot.

I repeatedly told him that I'm powerless over people like her, which... is partially true... but he was SO stubborn, SO insistent, I had to come up with a plan quickly but as I got stressed I started to feel sick. In that moment all we could do is follow her home. Yes, I'm sorry, I know it sounds super creepy, but we did nothing bad, we only did that to gather some innocuous information.

As I said, the part of me having no power over innocent and strictly religious souls like her's is partially true. The girl is a whole stranger to me, but still I know that her faith is that of steel. My magic wouldn't be effective, so getting her in his arms will be a little tricky, but not impossible. Young girls like her are very impressionable, and are going through a very vulnerable phase, so it will be easy to get her attention. I'm thinking of some gifts on Faust's name, or some unexpected encounters between those two. I don't know, I'm not in the mood for thinking now... For hell's sake, why this has upset me so much? Is the feeling of doing my job right? Because I should be cheering for him, I should be happy because this is going as planned... these plans I don't want to commit to. Because I really want to stay here for a longer time and keep watching over my human, keep laughing at him, keep watching him cry, keep watching him struggle, keep walking on this place and grasping on this body, this body that sometimes feels like the most precious thing I was ever given, even if it confuses me, even if it makes me hurt and cry.

I should give up on the idea soon, or I'll just grow more bitter. I'll just make those two come together and that's it, Faust probably doesn't need anything more than loving and get loved back, then I'll retrieve his soul as he lives through the best moment of his life. Usually, it doesn't hurt, at least that's what I believe, my Masters leave in peace, but I could make him hurt. There's no need for it though, it would be a lot of effort from my part, when he didn't even attempt to break my heart.