It's been a couple of days since I've gone up to earth for business and I already met a human to play with. It's funny, actually, he has trapped me instead of trapping him myself! He's an alchemist, which is supposed to be bad for me, but scholars are always a nice prey. I saw him while I was peeking through the darkness, walking down the forest. He was returning from the city I guess, along what I think was one of his students. I disguised myself as a stray poodle and followed them for a couple of minutes until the student noticed me, and I shyly got closer to them. He decided to let me enter in his house after he said goodbye to the younger man.

When I got into his home I instantaneously knew how his life went. The place is very big, it has various rooms, but every one of them serves as a laboratory or a library. There are books stacked in endless towers, and everywhere you go the scent of ether follows you like a ghost. As I roamed the rooms curiously, I wondered where did he sleep, if he had a place to look at him in the mirror, if he ever brought someone there. There's no way anyone could live there, I swear. I know that he has spent his whole life studying, he is probably one of those weirdos who obsses over the transmutation of any metal into gold with their poor powerless human hands. 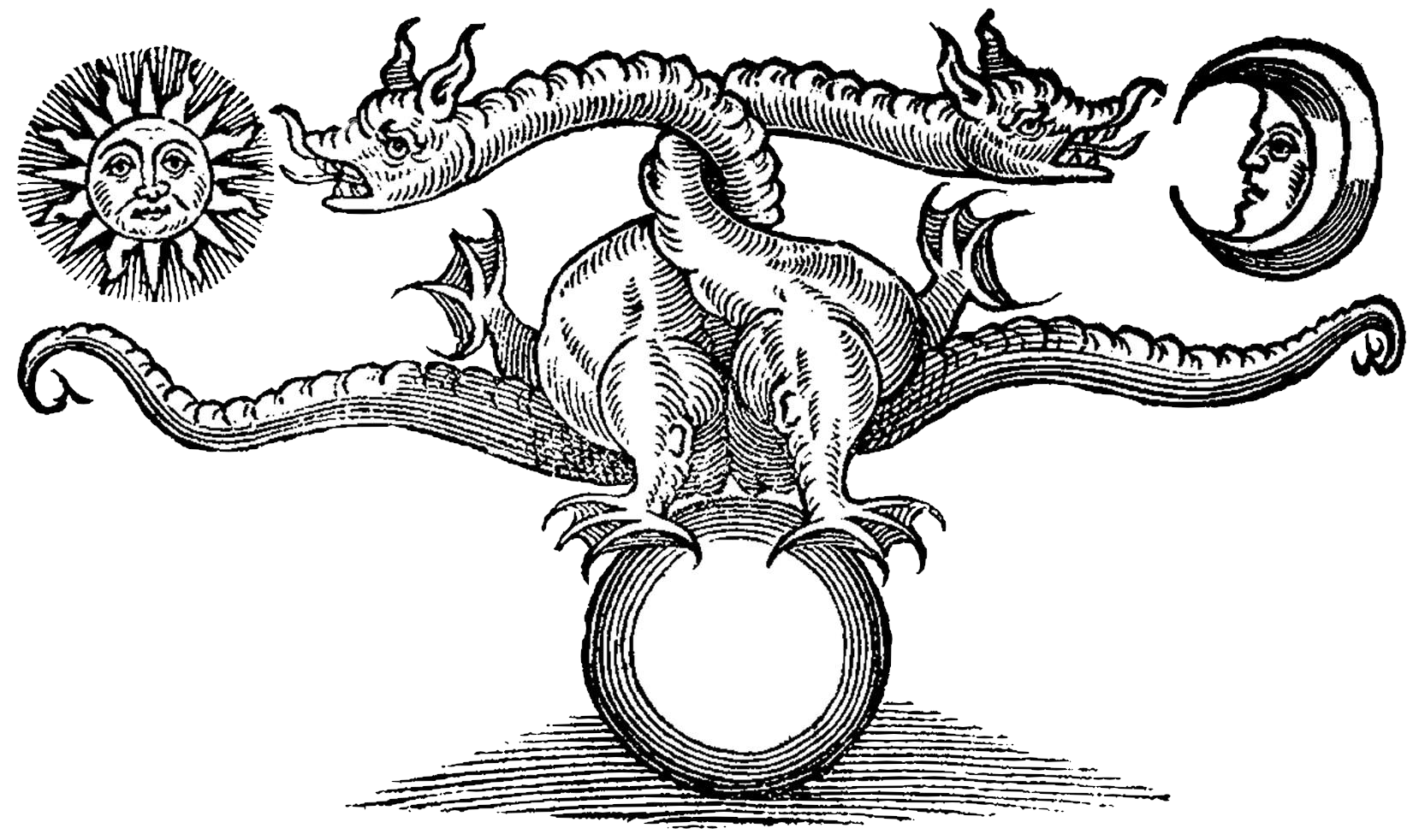 The alchemical dragon, a sacred symbol of gold transmutation.

These type of men are the perfect prey, because when they get old they regret all the time they have spent on their studies. I knew this man failed a lot of times, I knew that he started loathing all that has to do with something that was his passion sometime in his life, and that he would give it all to go back in time and make other life choices for himself, to not waste so much time in useless unproven theories. I knew that what he most desired is to feel is youthfulness again, to search for a little bit of love and comfort, to finally get to know what having someone care about them feels, to have another opportunity to grow and conquer. But there is this hopelessness in this situation, since it's too late, this desire won't be fulfilled in any way, it's just a mere fantasy. And this was confirmed with my own very eyes when I saw him trying to kill himself swallowiing poison from one of his shelfs.

Why did he brought me all along, though? Maybe he wanted me to eat his corpse so he wouldn't be found.

I had to show my true self right away to stop him from doing it. I didn't show any desperation or nervousness, didn't attemp to stop him, but my heart was pounding very hard when I introduced myself. I subestimated him, inside his house there was a big seal where I found myself trapped, without the ability to escape. I struggled for a couple of minutes, but I eventually gave up and waited until he felt comfortable around me. The time I spent silent, watching him walking around in circles, I felt very curious of him. If he knew how to pin down a demon on the floor with such strenght, he probably could have already summoned any demonic entity and ask for their help, or even coerce them into helping him. This made me shiver. Did he already call someone? I thought. Why is he so miserable, then? Why does he look like he never succeed in his life? and then I noticed that I have already found the answer, I have found it before all of these events unrolled. He have had lost his faith. He was a man of God until he took that cup of arsenic between his hand and decided to end his life... But he didn't since I interrumpted him, so I knew I was getting into something much, much bigger, this would not be mere bussines, this would be a competition with God himself.

He freed myself after a couple of hours to hear what I had to offer him, and after a long discussion our contract was sealed. He is now my master.

When he signed my contract, his blood ran freely. It's something that we expect when bargaining with humans that they would get a little bit doubtful about their decision -they are bringing into play their soul after all-, and that insecurity is reflected on the blood flow. When they start to get reticent, their blood coagulates quickly and they are unable to sign the contract without various pauses between strokes. As I told you, my Master signed the contract in one sharp stroke, it was almost frightening.

Faust -that is his name- is very interesting. Our deal was made because he's convinced he won't ever feel true happiness. He looks so sad all the time, but still shows himself confident over his knowledge and his ownership of my services, and I think he kind of likes bossing me around and scolding me, but in public he is shy and quiet. Having a master like him can get a little bit boring, it is me who has take the initiative to go out and have some fun. Yesterday we went to a pub to drink, but he doesn't seem to enjoy that. He gets drunk with only two cups of beer, and he gets sad. When we were going back home I had to drag him across the street, supporting us both by below our shoulders, only illuminated by the moonlight. He started to cry, talking about how he would all his knowledge served nothing for him, maybe only to raise his fragile ego. “Science, philosophy, teology, alchemy, none of them gave me happiness.” He said, I could only look at him with a saddened face, because it's tragic. There are people who wish for unlimited knowledge to gain power, but that's not what thinned out souls like Faust's need in order to show a genuine smile.