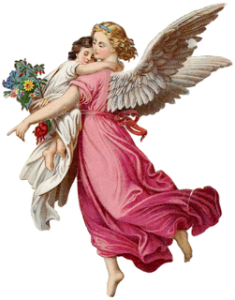 As centuries pass by, the demon slowly forgot different events from his life, some particular experiences and silly promises he had to keep but switched responsability to hell's duty. Still, he instantly knew when he was feling something he has never ever felt before. Some things provoked him slight deja vus or brought back cristal clear memories, like the pain that his joints felt when being tied up for a long time, like having a tongue angrily exploring the insides of his mouth, like being hit and hitting back and bleeding uncontrollably. But now the demon was feeling something new, and it left him stunned, quivering, with his small pupils shaking looking into the void of another couple of loving pupils. He couldn't do nothing but respond with tears, with audible and visible weeping that embarrassed him and made him hide inside his own arms. The first couple of tears ran down his cheeks because the shock it provoked him, the next fell down because how thankful he felt as he was being embraced, caressed and kissed with such genuine love. There was some confusion too, some denial, because Why him? Why him, if he doesn't exist to receive the love of other human, he doesn't exist to be yearned for, at least for any other goal than another's pleasure. He wasn't made to be loved for the sake of it, and still he was there, being held by desperate arms trying to console him, trying to stop him from breaking even more.

There was no way the demon could talk in the state he was, his throat now was shut down, he was suffering from the most painful spasm, but he didn't want the man to let him go. The demon hugged him back, he pressed the side of his face into the man's chest and he could hear a nervous heart beating fast, he could feel his own heart beating too, beating painfully strong against his chest, as it happened so many times when they were together. Oh, how could he ever want the man apart from him, he would even convert to God only if he could make this moment last forever. How could he want those caresses to stop, even if they came from a couple of hands with a rough tact broken by chemical burns, papercuts and disillusionment. The demon felt powerless again, but now it was a little bit special, because he didn't need to be hurt, nor dominated, nor insulted, he only needed to be loved. He felt so real, he wasn't just an idea anymore, he wasn't a tool, he wasn't a spirit, he wasn't an illussion, Mephisto now was real, and Faust was holding a real man between his arms.

They stayed like that for a long time until the cries slowly disappeared into silence, and there was nothing but a comfortable, warm quietness surrounding them. But even if the tears stopped falling down and the spasm stopped, Mephisto didn't let go of Faust, and even tried to hold him closer, and closer and closer and even closer. Their hearts didn't get to rest for a while, the rythm didn't slow down and made both their bodies tired, made them sigh as their breathing became heavier and denser and their skin warmer. They reached a moment where they knew they had to do something because their posture became tense, and the desire started to hurt, growing inside the loosely tied clothing. Faust wouldn't do anything, he was too inexperienced and insecure about what was happening, he was confused too, he didn't know how to handle such a fragile creature like Mephistophiel, he even was afraid of holding his hand too tightly, afraid to keep reciprocating him as he struggled to hide inside his body. Mephisto, left with the final word, just separated from him, because he wasn't enjoying the tension, and he also was afraid, he was terrified of being hurt and used again. It was a relief for him to see that Faust was still looking at him fondly, that he wasn't let down, that he wasn't expecting anything else from him.