Angels are not composed of physical matter but are spirit beings created by God (Heb. 1:14). They can resemble human form when God permits or wills it (Gen. 19). Angels do have some human features like feet, voices, and faces (Isaiah 6:1-2).

Daniel 10:5-6 gives a vivid description of an angel that he saw: “I looked up and there before me was a man dressed in linen, with a belt of fine gold from Uphaz around his waist. His body was like topaz, his face like lightning, his eyes like flaming torches, his arms and legs like the gleam of burnished bronze, and his voice like the sound of a multitude.”

[All] praise is [due] to Allah, Creator of the heavens and the earth, [Who] made the angels messengers having wings, two or three or four. He increases in creation what He wills. Indeed, Allah is over all things competent." [Quran 35:1] In one hadith, a collection of words attributed to the Prophet Muhammad, Abdullah Ibn Mas'ud, one of Islam's first converts, claims that the angel Gabriel has 600 wings.

Nowhere in the Bibllical texts are angels described like the pictures, paintings, or figurines of little baby cherub angels with wings that we so often see. Michael and Gabriel are archangels and they are anything but little and cute. They are powerful agents and messengers of God that are formidable in their own right. Even Lucifer, a fallen angel, not have horns and a pitchfork. He was perhaps the most beautiful and splendid angel ever created by God and of the highest order, but his pride caused his downfall and God caste him from heaven (Ezekiel chapter 14 and 28). 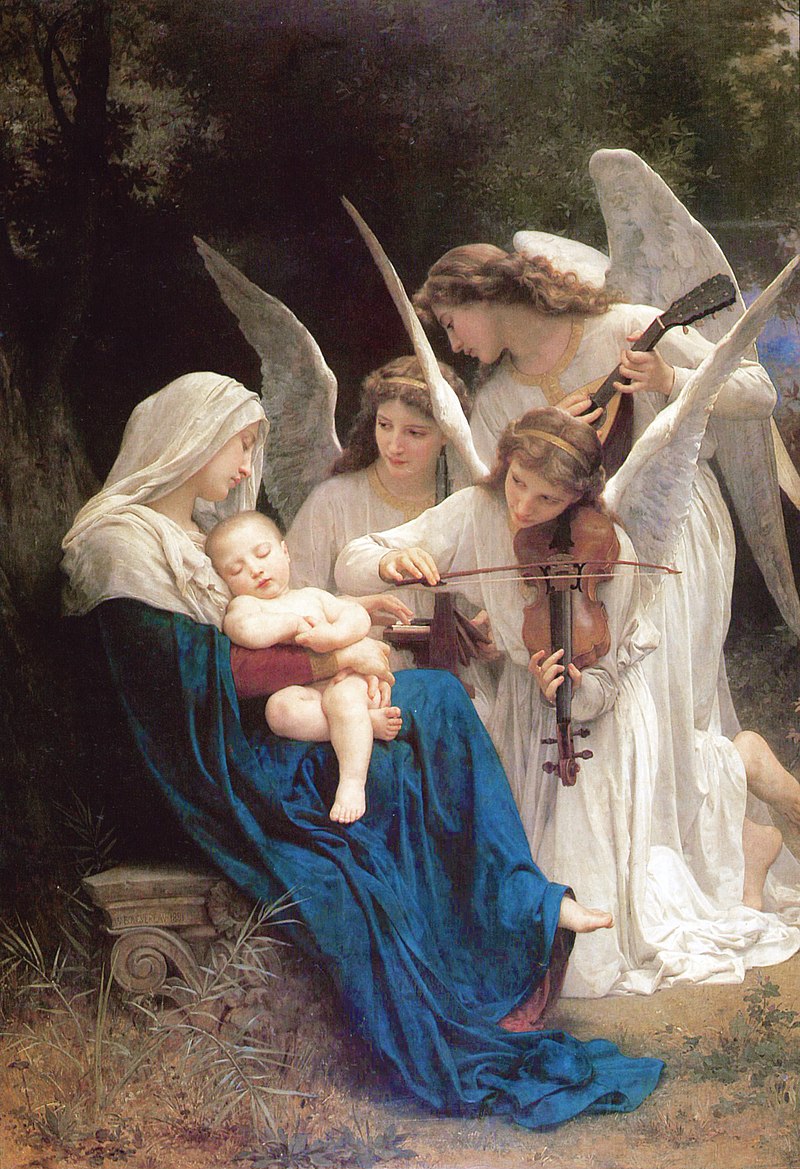 Song of the Angels by William-Adolphe Bouguereau

Most of our current conceptions of angels come from artistic displays which show them as beautiful young men with a set of two wings, or as cute chubby baby cherubs. The lack of descriptions gave artists a great latitude of creativity.

In most angelic appearances narrated by the apostles, there is no description of them given. When encountering one, seems people have no trouble recognizing the messengers of God, so there must be something very special about them that is unmistakable.

It might be that we're not told that much about what angels look like as we might be so much in awe that we would start to worship them, something which we should not do. They serve God as we do.

Orbs, spheres of light that are either white or feature different colors, sometimes show up in digital photographs or are seen in person by people who wonder if these lights represent the presence of angels with them. That may be so. Since angels travel to the earthly dimension through light rays, they sometimes use orbs as vehicles for their energy to travel within. 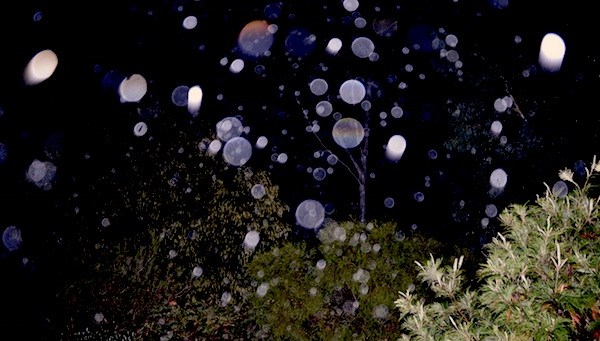 Orbs are an especially good shape for angelic energy. Since orbs have no corners to restrict energy flow, they can be efficient spirit vehicles. Also, circular shapes like orbs represent eternity, wholeness, and unity spiritually, all concepts that directly relate to angelic missions.

Angel orbs usually travel through the universe at a higher vibrational frequency than humans can perceive in our natural fields of vision. But when they've reached the people whom God has called them to help, they often slow down enough to be detected visually.

Sometimes angel orbs feature colors, and the colors indicate the type of energy that is present within the orb. The meaning of the colors in orbs usually corresponds to the meanings of the different angel light ray colors, which are: ✞Blue (power, protection, faith, courage, and strength) ✞Yellow (wisdom for decisions) ✞Pink (love and peace) ✞White (the purity and harmony of holiness) ✞Green (healing and prosperity) ✞Red (wise service) ✞Purple (mercy and transformation)